Day in the Life of a Wine Taster 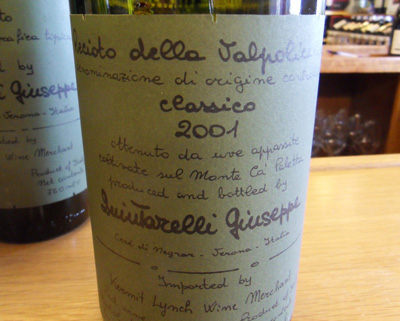 I couldn’t pass up this opportunity to comment on a day in the life of a wine taster/critic/buyer/enthusiast, especially after tasting such an amazing array of wines from around the world and close to home. I also had to protest a recent blog post I read from a renown wine critic for a major magazine who said pretty much that he couldn’t find a worthy wine from from the difficult 2011 vintage in Northern California, this I thought was a huge broad statement of which was totally false and harmful to a huge number of people, not only hard working winemakers and growers, but to his own readership! While the vintage was not going to go down as the best of years and it was very trying to everyone involved to get good fruit and to make great wines, there are many huge successes and there are so amazing and lovely wines coming out, so don’t fear it, explore it and cherish the extra hard work it took to get there, and while there are going to be some watery and sad wines, as there is every year, the top producers and artisan wineries did many fine efforts. This is a chance to see their talents and terrors shine through, the cream does rise to the top in these conditions, and they deserve better than be painted by reckless broad brush strokes into one heap, if fact 2011 is a remarkable vintage for the emerging wine lover to relish.

Now to the wines themselves, the latest set of Peay Vineyards wines are fantastic and they released a new single vineyard Pinot from Savoy vineyard in Anderson Valley that shows graceful detail and elegance with glorious balance and texture, and guess what, it is a 2011, plus Peay is again a top source for fun rose with their Cep Rose of Pinot Noir 2012 which is so good I want to cuddle up with it all summer! Also it is release time at Ridge Vineyards as well, and you shouldn’t pass up a chance to grab their wonderful 2010 Merlot from their Monte Bello estate vines in the Santa Cruz Mountains, it has a true Pomerol character, but remains a true California wine, and the new 2010 Cabernet, the baby Monte Bello is another fine effort, though I should think another year in bottle with give it time to fill out and come together, it has nice potential no question. The Ridge 2011 Zins are lighter and very zippy, even though some might want a touch more ripeness they should be pleasing wines to quaff young.

Kermit Lynch Imports is releasing the famed Quintarelli wines soon, and for those that didn’t know, Quintarelli is one of the most iconic Italian producers are the late Giuseppe Quintarelli was the heroic figure that brought Amarone to unheard of heights and inspired hundreds of winemakers in the region, including the fabled Romano Dal Forno, and Quintarelli’s family now continues to produce some of the most unique wines in the world. These new releases, which I just tasted are everything they has always been and future looks secure for this estate and we are graced with the next generation of these classics. I sampled the following treasures: Quintarelli Bianco, a dry cuvee from the 2011 vintage, Primofiore red 2008, a suburb classy wine with Corvina, Cab Franc and Cabernet Sauvignon mainly, Rosso Ca’ de Merlo a single vineyard ripasso Valpolicella style red 2003, A 2003 Valpolicella Classico Superiore that I thought was amazing and wild, a personal favorite, and finally the Recioto della Valpolicella 2001 which is a more than slightly sweet red that is remarkably textured in a way that showcases the heart of Quintarelli style. Without question this was an eye opener, especially for me, as I’ve not had a chance in the past to try many of these legendary wines, but from what I tasted, Quintarelli fans will be very happy indeed to find these wines available again in the USA!

Lastly, I got a chance to taste some unique Loire Valley reds, a set of all natural blends and a Pinot Noir, all of which were a touch funky, but interesting and fun, of which I will follow up with full notes soon. Plus, there was a set of 2008 Baroli from Bovio, all of which were powerful, tight and promising for the future, and again my notes will follow. So, all in all a special day ended with an unbelievable collection of thoughts and I can hardly handle the sensory overload, making it difficult to focus on a single tasting note! Happy Easter to you all.