Grapelive Latest: War and Politics in the Birthplace of the Managed Vineyard, and Wine. 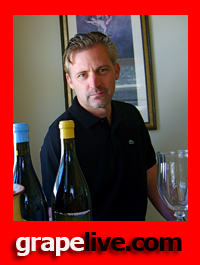 Today, I was planning on writing about recent wine trips and the ups and downs, but I was confronted with the news this morning and became sad and worried, with all the terrible things going on. Train, bus and car crashes, idiotic lying Politians, and media that needs a moral compass and the worst of all things war. Trying to clear my head and escape the images of tanks and selling became totally impossible. The war, between rebels in South Ossetia, a want away republic sandwiched by Georgia and Russia, and the forces of the Republic of Georgia has intensified to the points where Russian army forces now are faced up against the Georgian army and the whole of the region could explode.

The Caucasus have been quiet for a few years following Putin’s crushing of the Chechens, but remains a simmering hot spot with many ethnic tensions. Let us hope that things will cool off and may peace win, instead of violence.
If you were wondering why I would mention this little known area and passionately want things there to stabilize, well, there are many reasons, but the region is also the most likely birth place for modern winegrowing, dating back 5,000 years! Wine relics, vineyard cultivation remains and trade records all point to an advanced wine trade here and may even be older than mentioned. This was part of the Silk Road, the trade route between Asia and Europe.
While winemaking from wild grapes and fruits seems to date back to about 7,000 years ago, these finds in the Caucasus Mountains seem to be the true home of trained vineyards. These areas stretched from the sea in what is modern day Iran to these very Mountain Valleys that we have this war going on.
I was in Russia last year and was told because of politics they were not importing Georgian wines, and I had to settle on some pretty scary stuff from the other break away republic in Georgia, Abkhazia. In Hugh Johnson’s “The Story of Wine”, he puts forward that the Caspian Sea and Black Sea are the birthplace of winegrowing, and goes with modern day Iran as the likely 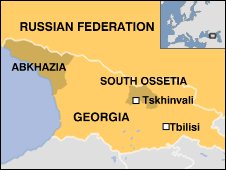 starting place along with areas of Georgia. While I was in Russia, I had heard tales that it was for sure parts of Georgia and other hidden mountain valleys in the Caucasus range that may have been first, but it was hard to get in there to prove it, and now it seems even more unlikely that we are going to be able to explore this beautiful and mysterious wine region.
In an ironic twist, it is the Russians that have promoted Georgian wine and were their biggest market, as even though the west enjoys open trade with Georgia, we are not into their wines and have very little available to us. I tried to find hidden stashes in Moscow, in small markets and restaurants, but was denied. Too much fear and nationalism in Russia allowed me to get my hands on any. So I was forced to drink European and wines from the Ukraine mostly, while in Russia. Though I am very interested to explore Caucasus wine and maybe discover some of wines’ history. I will say I did get to try some lovely Georgian red wine in Riga, Latvia back in 2005, and it was that taste that set my mind to finding more.
So let us hope for true and lasting peace in the Caucasus regions and bring all of these people to a place of security and stability. Maybe it will be wine that does it, but the UN needs to move in first. Keep your fingers crossed, send your good thoughts and don’t let this area be put on the back burner, especially now that people are being killed.