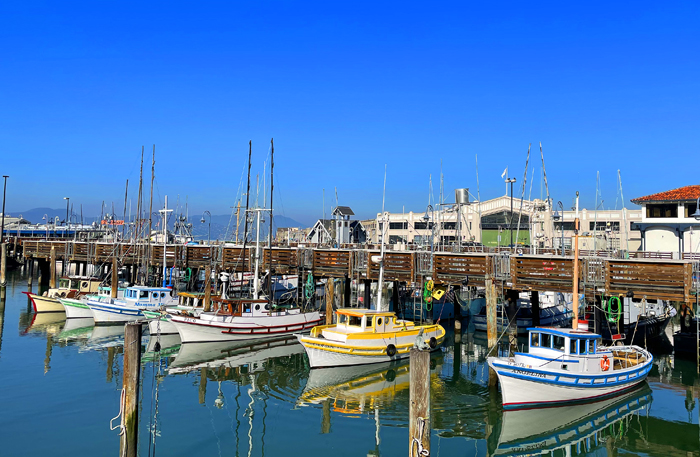 The San Francisco stop for Slow Wine was a welcome distraction from the Covid 19 pandemic and brought together an amazing array of producers from Italy, the show’s main focus, to small organic or sustainable wineries here on the west coast. This year’s San Francisco tasting showcased some incredible wines, but clearly the star of this year’s Slow Wine was Nebbiolo, with Barolo taking center stage. Over the years, I have tasted some fantastic wines at Slow Wine and this year was no exception with the mentioned Barolo offerings being the standout wines for me, especially those of Vietti, G.D. Vajra and Borgogno, but there was some lesser known and or new estates to explore too, all of which I’m going to highlight below. There has never been a better time to enjoy Nebbiolo, such is the quality out there and the range of styles, with a string of exciting vintages to look for, especially 2016 to 2019.

What is Slow Wine? In their own words, the Slow Wine Guide evaluates over 400 different wineries and treats each with the utmost respect and attention. The Slow Wine prides itself on the human contact it has with all producers, which they say is essential to the guide’s evaluations, to get to understand the producers and their distinct terroirs. While other guides limit their relationship to a blind tasting and brief write up, Slow Wine takes the time to get personal with each winery in order to create a well-informed, detailed review of the wines themselves and the people behind the the wines. Slow Wine’s core mission is to select wineries that respect and reflect their local traditions, terroir and that focus on sustainable methods that benefit the environment. Now Slow Wine, concentrates only those wineries that are 100% free of chemical herbicides, a quality that the Slow Wine Guide continues to passionately support.

The Agricola Brandini La Morra Estate, owned by Piero Bagnasco and run by his daughters, Giovanna and Serena, is a new producer for me and in fact they are a pretty recent venture, starting back in 2007, they have a tiny collection of prime Barolo vines and I found the wines to be beautifully made and very exciting. It was nice to meet Giovanna at the Slow Wine tasting event in San Francisco and learn about her wines, especially her cru Annunziata Barolo, which made my top ten Nebbiolos list (see below) and of which I really admired for it’s elegance and exceptional length. Agricola Brandini La Morra uses the phrase “Organic Human Barolo” to describe its wines, as all of their vineyards are certified organic, hand tended and their wines are traditionally hand crafted, with their Barolo being aged in large, used oak casks with minimal intervention and only minimal amounts of added sulfur at bottling. The grapes come from high elevation parcels, 450 meters up in some sites, which is amongst the highest-altitude vines in the Barolo zone all set on the classic clay and limestone marl soils, which all contribute to the wines quality and character.

2017 Brandini, Barolo DOCG, Annunziata, Piedmonte, Italy.
The ruby and bright orangey edged tiny production Annunziata cru Barolo by Brandini, a new winery for me, is a elegant, but firmly structured traditional Barolo with classic Nebbiolo savory intensity and power that absolutely seductive on the medium to full bodied palate with purity of flavors a raw transparency, this is an enthusiasts wine that will drink nicely for many years to come. I was very impressed by the two special bottlings I tried by Brandini at the Slow Wine tasting event in San Francisco, with both this Annunziata and their R56 Barolo being outstanding efforts, well worth searching out, though very little has so far found its way to the states. Made with all sustainable vines and organic grapes, the warm vintage, 2017 Barolo Annunziata was crafted using old school methods, it saw a cool maceration and native yeast fermentation in tank and then was raised exclusively in old large cask. When Giovanna Brandini showed me the wine I found a pretty aromatics right away and while the wine was obviously young, it opened up to reveal alluring layers of black cherry, spiced plum, earthy currant and blood orange fruits as well as tarry licorice, cedar, minty herb and dusty tannins that subtly remind you that this is Barolo. -KW, grapelive
Rated 94 Points