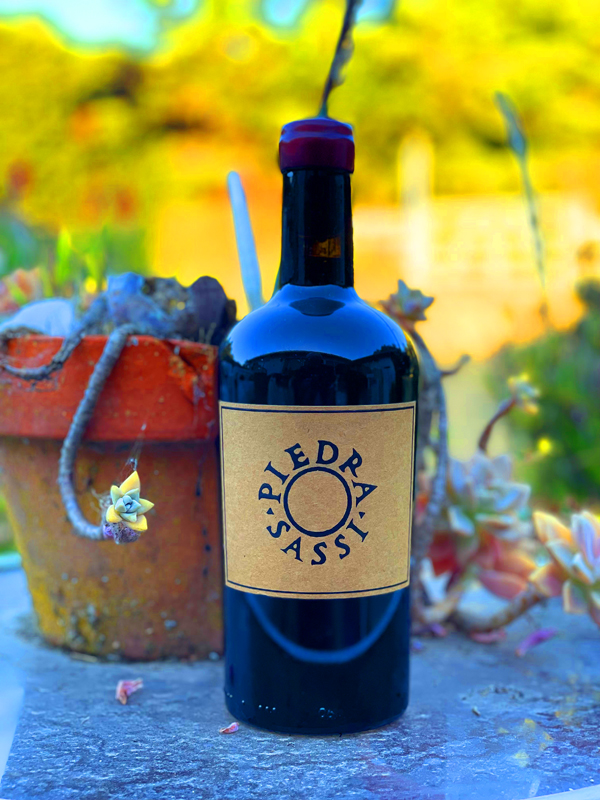 2017 Piedrasassi, Syrah, Bien Nacido Vineyard, Santa Maria Valley.
In the 2017 vintage releases, I have really enjoyed the Sta. Rita Hills and this Bien Nacido bottling of Syrahs from winemaker Sashi Moorman under his personal Piedrasassi label, which are styled in a true Northern Rhone way with loads of whole bunches and stem inclusion, leading to meaty, pure and powerful version of the grape, with this old vine Bien Nacido having a slightly more elegant nature, but with loads of savory personality. Moorman, who has worked with the legends of the Santa Barbara region and become one of the area leading lights, crafts absolutely fabulous Syrah and Mourvedre wines at his Piedrasassi winery that are usually raw, taut and varietal precise, employing traditional techniques with whole bunches, native yeast fermentation in cement vats and aged in mostly used French oak casks. The 2017 Bien Nacido Vineyard Syrah is just now starting to full express itself, I’m glad I waited to pop the cork here, and it is a very rewarding wine, especially with simple country cuisine, where it delivers an extra dimension of dark fruits and earthy layers. The full bodied palate is filled with blackberry, currant, blueberry and Italian cherry fruits along with delicate florals that lean on violets, as well as a vein of black olive tapenade, plus dried spices, including peppercorns and faint traces of iron, lavender, mineral and a tangy herbal bite, from the stems. Moorman, who was the long time director of winemaking at Stolpman, where he made some outstanding Syrahs, considers this bottling to be his most subtle and elegant version, and as the wine gets air you can appreciate its prettier details and its mouth feel as the tannin nature subsides and the length expands, this is thrilling stuff, especially if you are fans of Auguste Clape Cornas.

The Bien Nacido Vineyard, as Sashi Moorman notes, has long been a highly sought-after site for Syrah in Santa Barbara County, paving the way for cool climate plantings throughout Santa Barbara County, Edna Valley and the Sta. Rita Hills where this grape has become a mainstay for some of the state’s best and most coveted wines, including those of Piedrasassi. Moorman goes on to say he feels lucky to work with this site’s two best plantings, getting grapes from the X Block and Z Block parcels set on the sandy loams. Sashi explains that the X Block was originally grafted over from Riesling to Syrah back n 1986, and according to him, represents the very first cool-climate Syrah planting in North America. It is known that Bien Nacido was a favored source of Syrah for the early Rhone Rangers and is still revered by legends Adam Tolmach of Ojai and Randall Grahm of Bonny Doon fame. The Z Block was added in 1992, with both these blocks being the oldest Syrah vines that Moorman works with at Piedrasassi. The maturity here and vine age, as Moorman again adds, slows the ripening process here, keeping potential alcohol levels lower, which can even be even in warm years come in at under 13% natural alcohol, while this 2017 is just above that. The Bien Nacido Vineyard is also farmed all biodynamically, which shows in the concentration and intensity of these wines, along with the savory crunchiness of the whole cluster fermentation, very much in line with the very best of the old school Northern Rhone, as noted above. There is a lot to admire here with this version of Moorman’s studied Syrah efforts being an exceptional example of grape and terroir, it is a benchmark wine and shows off Sashi’s approach to winemaking, I highly recommend these Piedrasassi wines, his latest 2018s and 2019s available now, should be on your radar.
($50 Est.) 94 Points, grapelive