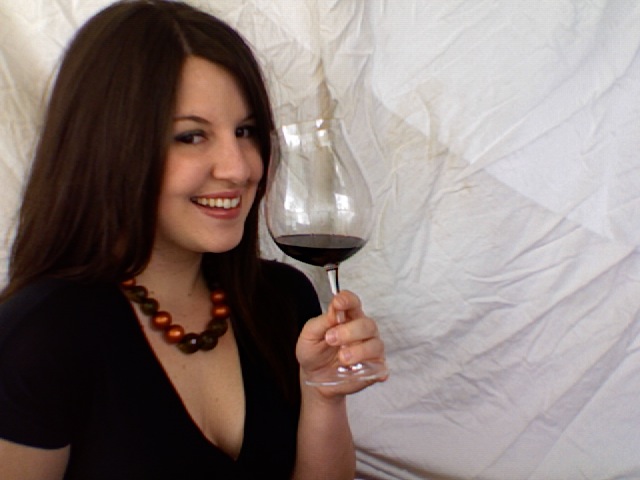 Wine Syzygy Comes to Me!

Syzygy: when the moon, sun and earth align. That (other than being the name of a great wine producer in Walla Walla) is what must have happened last week in my world, for all of the once-in-a-lifetime wines I was privy to try! Now, as you know, I normally focus my reviews on wines that are from the people, for the people, more modest, esoteric, hidden-treasure types of wines. But, being a wine lover and in the business, I do get excited to try more rare and talked-about wines, for education and also simply for the allure they possess. Considering my past week, and the adventure of it all, I thought it necessary to share with everyone the experience of sipping what seemed like an abnormal amount of old vintage, name-renowned, highly scored beauties!

Plus, I tasted a couple of non-Solera Madeiras from the early sixties.

Stepping back: What a week, no? I will share in review, three Bordeaux. (Stay tuned next time for my review of favorite Loire Valley whites for summer, including the above-mentioned Quarts de Chaume.)

The Château d’Issan Margaux 1986 came to a private party I hosted, looking hairy. It was one of those times as a wine steward I had to take a deep breath, and calm myself down enough to be convincingly confident in opening something that old and weathered. It’s not the caliber of wine that scared me, but the tufts of mold growing atop the foil. This is a bad sign, I thought; don’t want to disappoint the person who brought it, or the person receiving, but I didn’t have a lot of faith in it’s possibility to be alive still. Cork out, and almost completely wine-soaked; another sign the wine would be dead, corked, or oxidized severely.

At first attempt, the wine did not show well. It was weak, fruit-stripped, and noticeably oxidized, though considering, not bad. Wait an hour, and watch it remain untouched, and I decided to give it a second try. To my surprise, the wine had opened up and become somewhat pretty.

Delicate, and ultra-feminine in style, the nose did bloom a bit with dried lavender and cherry notes. The fruit also made an appearance, more red than the black one might expect, rounding out the wine with much more body than originally expressed. This wine stayed restrained, but actually turned out quite enticing, if not just because of its turnaround, after decanting, and proved sip-worthy for about another hour. I called in the fellow who had brought it to try it again, and recommended he pair it with some pate’ – and it brought a smile to his face. Proud that his wine didn’t turn out a dud, and very pleased indeed with my pairing.

Château Margaux is one of the biggest names in Bordeaux. Therefore, the Château Margaux Margaux 1990 on the counter at this particular party was the most recognizably alluring wine opened. So what is so special about a “perfect wine?” What makes it rate so well, and how different does it taste? To many it may not be easily recognizable, other than the fact that the wine is easily pleasing, seems to carry no flaws, and remains full of interest, all at once. What I will tell you is that for what the wine should be; varietal-correct (or combination of varietals, in this case, blending to express as they should) regionally specific, stylistically appropriate, sensually seamless, structurally sound, age-appropriate and alive; the Margaux performed.

Noticeably more feminine in style than I expected, gracefully aged, with a nose that suggested a huge handpicked bouquet of wild flowers, cedar cigar box, tobacco and blackberry bramble. On the palate, this wine found its way across the tongue with elegance and grace, delivering layer after silky layer of blackberry, cocoa powder, tobacco, silty loam, and a hint of game. Beautiful in every sense of the word: If this wine were a woman, you’d want not just to look but also to talk to her, for all the apparent depth beneath the beauty. Finish lingers on and on, and one just can’t help but smile and note how lucky they are to be experiencing something this special.

Finally, the Château Montrose St.-Estèphe 1990 proved the hot-shot of the night; the Johnny Depp of wines; attractive and charismatic, buzzed about by guests for its darkness and mystery, if not for its open sex appeal. Okay, maybe I’m guilty of enjoying a slutty wine from time to time, but this was more like a high-paid escort than a cheap whore. What I’m saying here is that the wine was obviously available, if not giving, bold, and not afraid to show itself off, yet classy and refined. I loved it! More masculine than the Margaux, but not over the top in stature, this wine was seriously exotic while keeping its finesse.

A nose full of spices and flowers; cinnamon oil, clove, nutmeg, mint, pipe tobacco, thyme, wild iris, wild orchid and violet, the Montrose was unabashed and of the earth. So alive! Lush layers of dark fruits; berries, plum, and fig, along with earthy, minty clay and spices matched appropriately to the nose. The spices, like those coming in raw form from Farmer’s Market on Saturday, or off one’s porch garden, played such a huge roll in what made this wine tick, the sensual memory of their combination in my glass will not leave my mind, nor my watering mouth.

It was hard to pair my reviewing down to include just three from that amazing wine-list, which built itself for my humble tasting over a series of a few days. Bordeaux are a hot topic of late, with the currently released 2005s garnering reviews and garnishing paychecks! I thought revisiting old, well-kept vintages from Bordeaux heavy-hitters would be fun and interesting, whether in anticipation for what you may have collected, or simply to consider what is possible from a single wine – a single place. I hope you enjoyed living vicariously through my senses, and I hope everyone finds their week of wine-syzygy at some point!