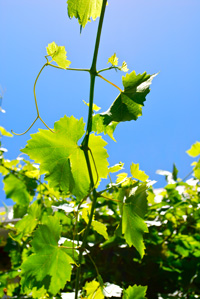 May has been an interesting time in the wine country, with lots of rain and some breaks with sunshine, which has made for lots of green growth going on in the vineyards, but causing some worry with the growers. It certainly looks beautiful when the sun comes out and I have enjoyed a few wonderful days of touring around and walking through the vines. With really tough economic times, there is a real edgy and nervous air above the famed Napa Valley, with lots of whispers about who is in serious trouble or even a few that have quietly closed their doors all together. That said, the great wines continue to sell out fast and collectors still fighting to grab as many bottles of rare vino as they can. People talk about China and Asia being the only buyers out there, but I can tell you that is not the whole story, and while Bordeaux seems to be the apple of Asia’s eye, the top California wines seem to mostly stay in the state.
Lately, I have seen Peter Michael, Aubert, Morlet and many tiny boutique Cabernet makers blow through their new releases in days, sometimes hours! That said, it is the $20-60 a bottle wines that seems to be the hardest hit in the market place, some of that is because of higher production, but it seems to me that is has more to do with a tight economy for the lower middle-class wine buyer.
I could care less for the under $10 a bottle segment, as those as products that for the most part are factory made wines that are marketed and made to a different formula, they are less wine than soda pop or energy drinks in that they have slick packages and no soul or terroir at all. There are some exceptions of course, but brands like Yellow Tail and Turning Leaf, plus thousands of others, while successful, are not much more than flavored drinks that in most cases taste almost as sweet as Pepsi. If you want a good value that tastes like wine in that price range stick to Spain, parts of Southern France and Italy, especial as the Euro has fallen in exchange rate against the US dollar.

Napa is trying to refocus and lift its reputation, after a decade of greed and snobbery things look to be coming down to earth again, and it is nice to have access to the winemakers and to be able to taste some of these highly rated and highly priced wines, some of which I had been told on more than one occasion that “We never pour our wines, all s sold to our mailing list…” Well, that has all changed, and it is all for the better, we need less arrogance and more teamwork if we are going to rebuild the wine business for the next generation and beyond. While there is again some frenzied buying at the top end, there is still much to do to make a real recovery last. The first steps look promising so stay tuned.