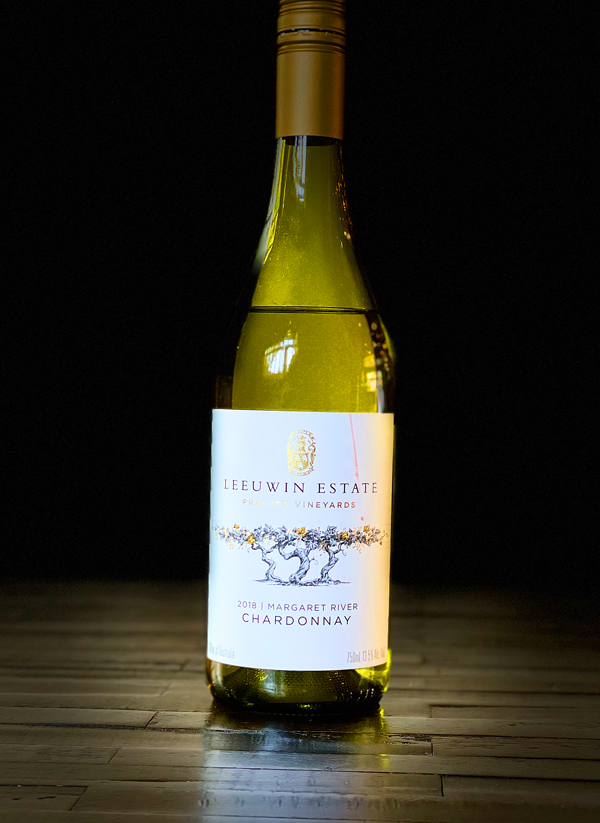 2018 Leeuwin Estate, Chardonnay “Prelude Vineyards” Margaret River, Western Australia.
The 2018 Prelude Vineyards Chardonnay from the historic Aussie label Leeuwin Estate, owned by the Horgan family who pioneered this region not far from Perth, is drinking wonderfully well and aging beautifully with fine aromatics, mineral notes and textural grace, but still showing loads of vigor and vibrant acidity with classic apple and Bosc pear fruits leading the way along with pineapple and white peach coming through on the almost chalky medium bodied palate. The wine opens up well gaining richness and depth, without any flabby elements emerging, it turns round and subtly creamy, but remains balanced with a touch of saline, wet rock, clove spice and it makes for a Chardonnay that plays well with food, especially with fleshy fish dishes and or soft farm cheeses. With food, there is an orangey, citrus blossoms and honeysuckle delicacy that comes through, as well as having some nice hazelnut completing the impressions of flavors, this is solid effort again from Leeuwin and brings back my memories of my first experiences with these Margaret River wines. The barrel aged Prelude Chardonnay, the second label for Leeuwin, sees up to 40% new oak, but it is very restrained and never becomes overt and the wine does not go through malolactic fermentation to preserve freshness and energy, all of which puts this Aussie Chard somewhere between France and California in style with its own distinct personality.

The famed family owned, Leeuwin Estate, which is one of the five founding wineries of the now famous Margaret River region of Western Australia, is mainly known for their amazing Artist Series Chardonnay, that usually ranks in the world’s top 25 wines if not higher, though they also do some fantastic Bordeaux inspired red wine as well. Interestingly, it was our Napa legend, Robert Mondavi that first identified the potential here, a what would become the site of the Leeuwin vineyard, believing it to be an ideal terroir for the production of premium wine and he even provided an early mentorship to owners Denis and Tricia Horgan. He encouraged them all along the way, as they note, as they worked hard turning their remote cattle ranch and farm into what would become the famed Leeuwin Estate. The winery first released wine back in 1979 and was an almost instant hit with that Art Series Chardonnay wowing wine critics around the world, including as the winery remembers, Decanter magazine, which surprisingly gave the wine, the 1981 vintage, their highest recommendation to Leeuwin, putting along side wines from famous addresses in places like Montrachet! I’ve been enjoying the Leeuwin wines since the late 1990s and have long ben a fan, though I can’t always enjoy them here in California and I can’t often afford the Artist Series bottlings, so I was happy to find the lightly tropical Prelude Vineyards Chardonnay to catch up with the more recent releases, it especially pleases me that it is a fabulous value too. Once mainly, only highly regarded for Chardonnay and Cabernet, Leeuwin also does a Brut Sparkling Wine, Sauvignon Blanc, Riesling and a cool climate Shiraz, all that deserve attention too.
($25 Est.) 91 Points, grapelive