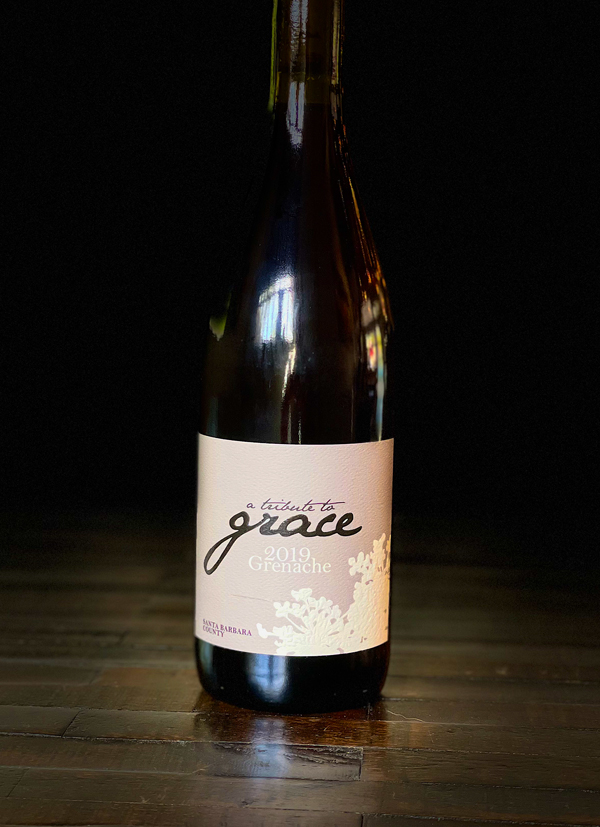 2019 A Tribute to Grace, Grenache, Santa Barbara County.
The incredibly hard to come by Grenache bottlings, by Kiwi winemaker Angela Osborne have become quite an obsession for this grape’s fans, making them extremely coveted bottles, are very nuanced examples and are transparent and silky wines, as this new 2019 Santa Barbara County version shows with aplomb and an almost Pinot Noir like elegance. I got a few bottles from Osborne’s website, just before almost everything was completely sold out, with this one being the first I decided to open and share, thankfully it is already drinking nicely and pretty much all together with satiny layers of strawberry, plum, macerated cherries and briery raspberry fruits leading the way on the smooth medium bodied palate, which are well lifted by a pretty floral bouquet, a touch of earth, Asian spices, dried garden herbs, sassafras or cola bean, sandalwood and wild fennel accents. There is a lot to admire here and while I couldn’t find any flaw or faults, I might have been expecting or wanting too much from it, which is not this wine’s problem and I think it might get more appealing in a year or so, This dark ruby colored 2019 is delicious and never puts a foot wrong and it is flexible for a range of cuisine choices, serve with a slight chill, to allow a touch more acidity through, and have it with any of your favorite dishes, from grilled chicken to burgers, it is a wine that without question gets much better with food. Angela Osborne, a New Zealand born winemaker, who moved to California in 2006 with the dream of making Grenache, has quietly become one of the state’s best producers, with a truly gifted touch, and a fixture in the Santa Barbara area, after exploring northern Spain, southern France, southern Australia.

The Tribute to Grace Santa Barbara Grenache is 100% Grenache, made from five distinct vineyards and three different Grenache clones, with some Alban clone, coming from the Vie Caprice Vineyard and the Thompson Vineyard, and Tablas C clone, off the Santa Barbara Highlands Vineyard (Mesa block), plus the 362 clone, sourced from the Santa Barbara Highlands Vineyard again, but at their J block, and the Spear Vineyard, an organic site in the Sta. Rita Hills. Angela made about 800 cases of this wine, making it an easier get, as most of her Grenache offerings sell out fast, mostly going to her fanatic fans on her mailing list, with very few bottles making to wine merchants or bistro lists. Osborne says, she made this vintage, a result of the marriage of all five picks represents 23% whole-cluster love, 11 months in neutral barrique(s) and puncheon(s), with her wine seeing, as she continues, one racking under August’s new moon, then her SB Grenache was bottled under a Libra moon, as she again notes, in honor of all the beautiful flower energy espoused by these air signs. The 2019 vintage finished with a ripe 14.2% natural alcohol and is wonderfully balanced, textural and perfumed with just enough of that whole bunches (savory) pop to cut into the grape’s more expressive fruit overtness, it is a wine that lives up to the name, it is a graceful effort in every way. Grenache is having its moment in the spotlight and there are many awesome examples in California these days from which to chose from, including these lovable and exceptional A Tribute to Grace wines, which include a Sparkling version as well as many single cru efforts, there’s no time like the present to explore them.
($30 Est.) 90 Points, grapelive