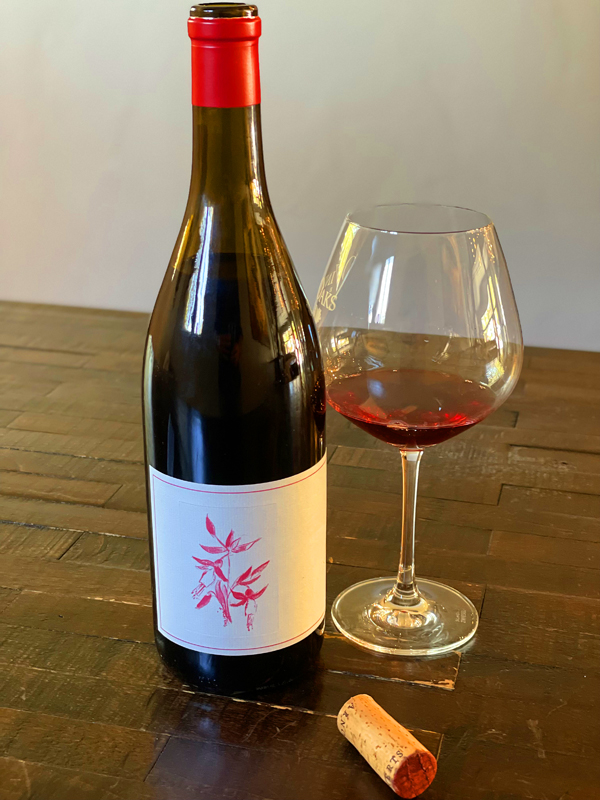 2019 Arnot-Roberts, Gamay Noir, El Dorado, Sierra Foothills.
The 2019 Gamay from Arnot-Roberts shows a silky texture and a bright flavor profile with pretty cherry, cola bean, red currant and plum leading the way on the medium bodied palate, it tastes best with a slight chill that brings out sharper details and highlights the mineral here. True Gamay Noir was first found here in the Sierra Foothills, with Steve Edmunds of Edmunds St. John making what is believed to be original modern California Gamay, and the grape has really taken off in recent times, with dozens of new versions available it seems every year. The ruby hued Arnot-Roberts Gamay is beautifully elegant and has low alcohol, with vibrant acidity, taking advantage of the region’s granite based soils, along with some volcanic clay-loam soils and studded with quartz and Feldspar rocks, which Gamay historically, like in the Crus of Beaujolais, has found a good home on the high elevation sites, along with a smooth ripe, almost Pinot Noir mouth feel. Usually made with whole bunches and native yeasts, these lighter styled reds from Arnot-Roberts mostly see their aging in used French oak, which allow transparency and delicacy to show through. This vintage is less crunchy and more refined with supple structure, it should age nicely for another 3 to 5 years, it does everything well, but is maybe just not as thrilling as the Trousseau is, in the Arnot-Roberts lineup.

The Arnot-Roberts label, founded in Healdsburg in 2001 by Duncan (Arnot) Meyers and Nathan Roberts, two Napa Valley boys, has, as I have said in prior reviews, helped elevate many unique varietals including Trousseau, this Gamay Noir, plus even some Gruner Veltliner, soured from Richard Alfaro’s estate vineyard in Corralitos (Santa Cruz Mountains) and Touriga Nacional, from the Luchsinger Vineyard in Lake County, which they make one of the state’s best Rosé wines out of, in California. The Arnot-Roberts Trousseau, as mentioned above, is a favorite of mine, and as revealed by the winery, is sourced from the three distinct vineyards; the Lake County Luchsinger, Bohan Ranch, in Fort Ross-Seaview, on the Sonoma Coast and Bartolomei, in the Russian River, that all of which have distinct soils and climate influences in these sites that results in a wine that shows their singular personalities, with their Gamay too being very distinct, coming from both the Witters and Barsotti vineyards, plus I wouldn’t miss their Chardonnay(s) and Syrah(s), both of which are exceptional and exciting wines. For a while, Arnot-Roberts teamed up with Raj Parr to do their Gamay, called RPM, but now it is all their own style and has become a fine California influenced example of this varietal. I am excited to see the upcoming 2021 releases from Arnot-Roberts, it looks like a year to stock up on, especially as it will be their 20th anniversary as a producer!
($35 Est.) 90 Points, grapelive