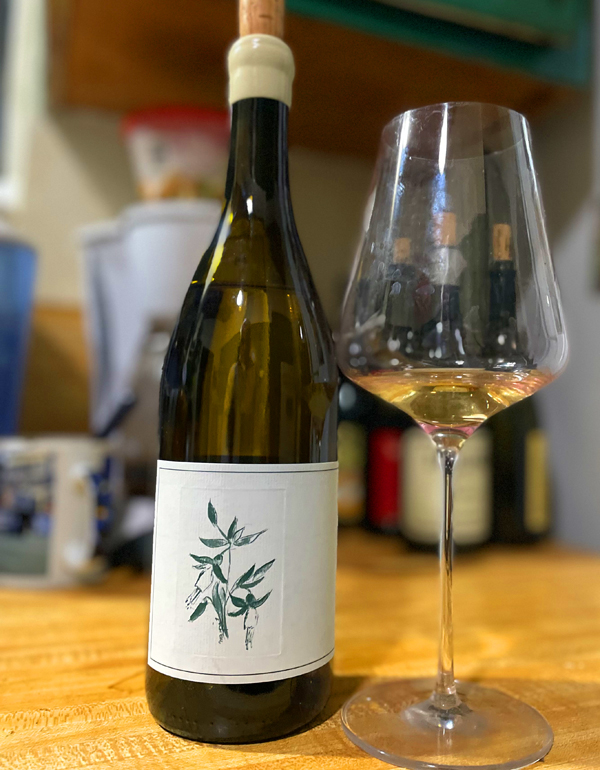 2019 Arnot-Roberts, Chardonnay, Watson Ranch Vineyard, Napa Valley.
Arnot-Roberts has come to be known as an adventurous winery, exploring unique varietals and finding out of the way undiscovered vineyards, many that have now become coveted gems, like their Watson Ranch site. This is where they get these quality Chardonnay grapes, along with some Cabernet Franc which joins the lineup for the first time with the 2021 vintage and is a wine that I plan on reviewing shortly, as I have just received my allocation. The 2019 Watson Ranch Chardonnay reminds be of a quality Saint-Veran and or a Pouilly-Fuisse with classic white Burgundy character and elegance with a cool toned palate that shows a hint of reductive earthiness on the nose and a medium bodied and lively palate of lemon, apple and Asian pear fruits, a touch of salty and chalky stones, hazelnut, clove spice and subtle oak. As mentioned here, Arnot-Roberts, which was originally founded in Healdsburg in 2001 by two childhood friends, Duncan Arnot Meyers and Nathan Lee Roberts, has grown comfortably into one of California’s most noteworthy wineries. For this vintage, Arnot-Roberts made 48 barrels of their Watson Ranch Chardonnay that was barrel fermented and aged in mostly used French oak to promote purity, transparency and the terroir. This lightly golden and pale Watson Ranch Chardonnay usually is fairly easy to find and is one of the best values in the Arnot-Roberts collection and it enjoys being paired with fish, poultry dishes and soft farm cheeses, especially Mt. Tam and Red Hawk from Cowgirl Creamery.

The Watson Ranch Vineyard, as Arnot-Roberts notes, is perched on a steep hillside overlooking the San Pablo Bay at the southernmost end of the Napa Valley. The ranch was named after early Napa attorney, Augustus Watson, who owned the property in the early 1900s. Interestingly, the adjacent property, to Watson Ranch and its vines, is an abandoned limestone quarry, which, as the winery continues, historically employed hundreds of people, it was most famous for mining material used to rebuild San Francisco after the 1906 earthquake. This unique Napa location is exposed and unprotected from the elements, this wind-whipped site was planted in 1993 by the talented Napa Valley veteran grower Salvador Ramos, who Arnot-Roberts has great respect for. The soils here at Watson Ranch are calcareous clay over limestone, extremely rare on the North Coast but, but as the winery explains, it shows itself at the tail end of the Vaca Mountains in Southern Napa County. The well-drained calcareous soils, along with organic farming and cool windy conditions, has the potential to produce world-class Chardonnay wines as seen in this wine. Arnot-Roberts uses vineyards throughout Northern California, including a selection of vines in the Napa Valley, the Sonoma Coast, the Santa Cruz Mountains, the Santa Rita Hills, as well as Clearlake (Lake County) and the Sierra Foothills and they produce a collection of Pinot Noir, Chardonnay, Syrah and Cabernet Sauvignon, as well as some rarities made from lesser known varietals, like their Trousseau (a Jura inspired red wine), Gamay, Ribolla and their Touriga Nacional based Rosé, all of which I highly recommend looking for.
($40 Est.) 90 Points, grapelive