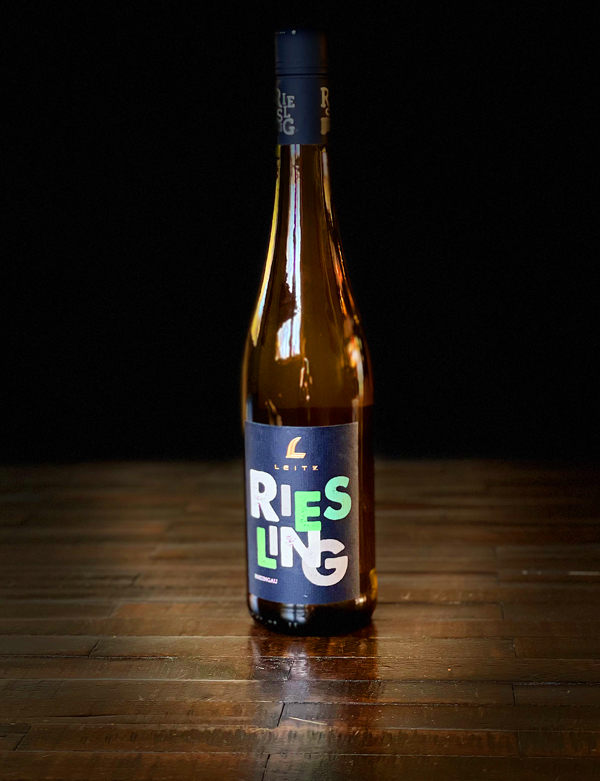 2019 Weingut Leitz, Riesling Feinherb, Rheingau, Germany.
The basic Rheingau Riesling is fresh, fruity, but a bit drier in style than some and this 2019 offers up loads of classic varietal character with a range of citrus and stone fruits leading the way, all pushed ahead with racy acidity and crystalline mineral tones. While Leitz’s top wines come from the estate vineyards that lie entirely on the westernmost part of the Rheingau on the Rüdesheimer Berg, or Magic Mountain as Leitz himself calls it. This part of the Rheingau is a steep, south-facing hillside of extremely weathered old slate and quartzite and almost exclusively planted to Riesling, which encompasses the Grand Crus of Schlossberg, Rottland, Kaisersteinfels and Roseneck, while some of bigger bottlings see fruit coming from a mix of terroirs throughout the area. So, as we celebrate International’s Riesling Day and Riesling’s birthday, I just wanted to share an easy version and this hit the spot on a warm March afternoon with its grapefruit, mint, white peach and green apple fruits, zesty acidity and steely light personality, adding hints of green tea, citron, wet stones, clove spice and better almond notes. A bit of white flowers come through, but this Riesling is not overly aromatic and any RS is well hidden, it feels more like a Trocken as it opens up in the glass, and while not in the league with the Cru wines in Leitz’s impressive lineup, this wine has a no fuss charm and is quality enough for less serious occasions. Johannes Leitz has a sublime collection of offerings, like the mentioned Rudesheimer Berg (Grosses Gewachs) as well as traditional Kabinett, Spatlese and Auslese Rieslings, which deserve your attention, to wines like this, part of a regional range of drier stuff, and there’s never been a better time to explore them, with a string of exciting vintages to chose from.

Johannes Leitz, has taken the original Weingut Josef Leitz to the top of German wine and he has earned the reputation of being one of Rheingau’s top growers, with unbelievable care being given to the vines he uses, Leitz is without question one of the most innovative minds and one of finest producers in Germany. Since taking over his family estate in 1985, Johannes has grown his holdings from just 2.6 hectares to over 40, most of which are Grand Cru sites on the slate slopes of the Rüdesheimer Berg, and he’s been instrumental in preserving and rebuilding many historic parcels, including the old stone terraces at Kaisrersteinfels. Once the home of some of the world’s most sought after and expensive wines, and the most likely birthplace of Riesling, the Rheingau is a small, but mighty important region, it stretches only about 20 miles from east to west from the Main confluence past the tiny hamlet of Assmannshausen. It is marked by a course change in the Rhein River’s flow to the North Sea from its origins in the Swiss Alps as it passes the Nahe where it narrows from its widest point. As the Rhein flows north along the eastern edge of the Pfalz and Rheinhessen, it runs directly into the Taunus Mountain range which has a subsoil comprised of pure crystalline quartzite, which shows up in Leitz’s Drachenstein (Dragon Stone) bottlings. Leitz is focused clarity and transparency and is know for working gently in the press house and aging the wines on their gross lees. Johannes selects bottle closures to reflect, and more crucially serve, the individual cellar practices employed for each wine; Stelvin closures are used for wines raised in stainless steel to preserve freshness while wines raised in cask are bottled under cork to allow for a long development in the cellar. This Rheingau Riesling is pure and ready to drink, it is crisply refreshing and crafted without pretense to just be enjoyed with smiles, enjoy it over the next year or so. This wine, usually pretty easy to find, is a solid value and I recommend checking it out, but for a step up in complexity without busting the bank, I really love Leitz’s beautiful Dragon Stone.
($16 Est.) 90 Points, grapelive